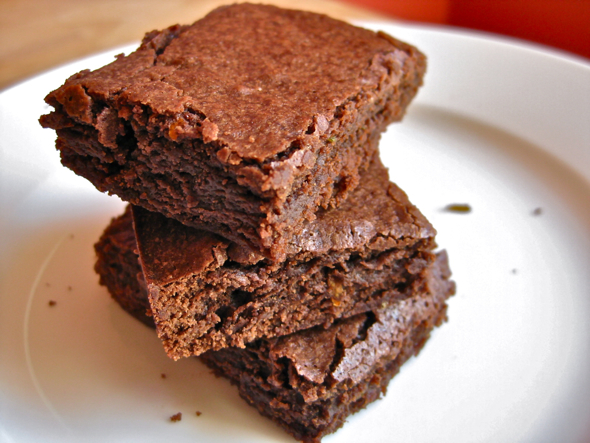 I have a feeling that my son is getting tired of seeing me in the kitchen. One might ascertain that these feelings would arise from him missing me and wanting to spend more time with me, sans food-covered hands and a dirty apron, but no. The problem my son has with seeing me in the kitchen these days is directly related to his displeasure with my insistence on fiddling with what he considers to be food that is perfectly fine as is. Shall I make popcorn? How about popcorn sprinkled with a bit of melted butter, chipotle powder, and grated cinnamon (seriously, you need to try that right now because it is incredible)? In my son’s mind, I am intent on ruining all food. In my mind, I am simply doing the food a favor by giving it a bit of a welcome (to some) makeover. 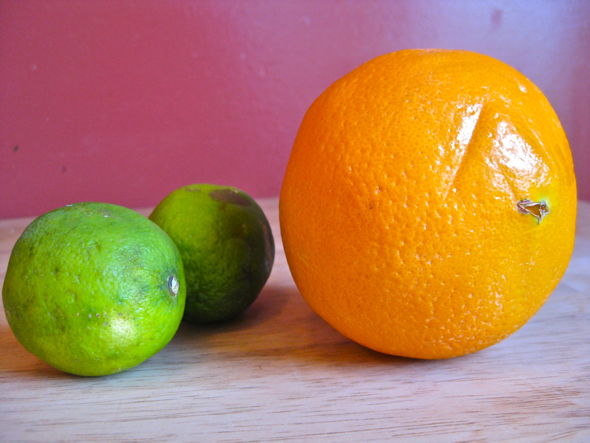 So, when I announced last weekend that I was going to be making some brownies, you can imagine the cascade of emotions that washed across my son’s face. Excitement! Followed by uneasiness, followed by wariness, followed by a dark cloud of worry that I was going to do something suspicious to the brownies. Alas, he was right. Not able to bring myself to leave well enough alone, I was seconds from pouring the brownie batter into the pan when I spotted a lone orange sitting on the kitchen table. The orange’s zest, calling to me, was hastily included into the batter, followed by some lime zest, because, as previously mentioned, I have a problem with knowing where to stop.

At least, that is what my son would say, or would have said, were his mouth not stuffed full of fudgy, zesty brownie bites that he had no intention of turning down, though they had been fiddled with in a way that initially caused him great displeasure. Displeasure, I should point out, that was instantly forgotten once he had a taste of this rich and delicious treat. Have I converted him completely, I wonder? Only time will tell. I’ll let you know how he responds when I try to sneak some freshly grated ginger into his hot chocolate. Prognosis: not favorable. 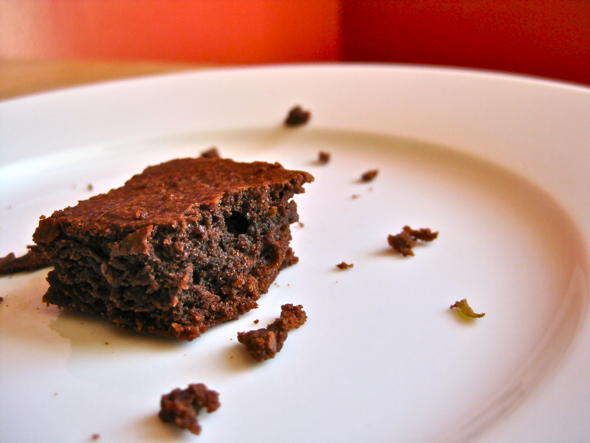 In a bowl set over simmering water, melt the chocolate and butter together, stirring occasionally (or, as previously mentioned, carefully melt the chocolate and butter together in a microwaveable bowl). Remove from heat, add sugars and vanilla, and beat until combined. Add eggs and beat thoroughly. Stir in flour and pinch of salt, and gently mix until it is uniformly combined. Stir in lime and orange zest.

Pour the batter into the prepared pan and bake for 20 minutes, until the center of the brownies are just barely firm. Remove from oven and cool in pan for (I am sorry to break this news to you) at least 2 hours, until the brownies are easily removed from the pan and have been allowed to cool until no longer at risk of falling apart when cut.